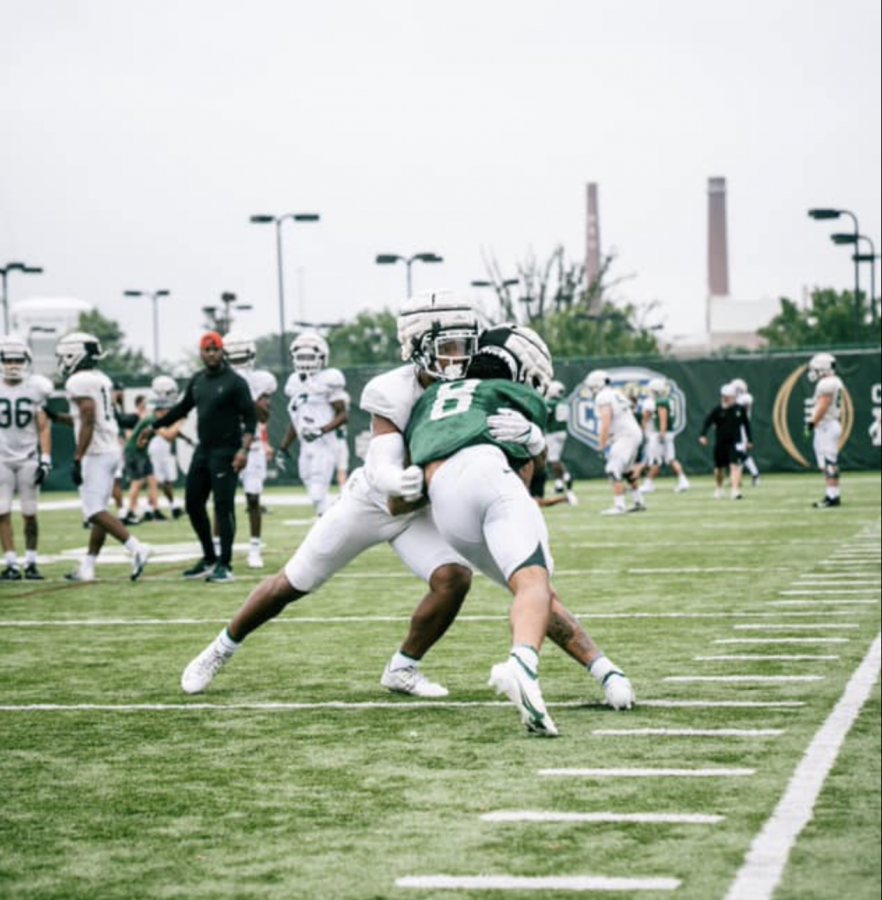 EAST LANSING— This time, it’s Michigan State wide receiver Jalen Nailor’s turn to be commended by the Big Ten Conference after having an exceptional performance.

All three of Nailor’s touchdowns, two 63-yard catches and a 65-yard score, came in the first half of MSU’s 31-13 victory over Rutgers. He is the first Big Ten player to accumulate over 220 receiving yards and three touchdowns since Illinois wideout A.J. Jenkins in 2011 against Northwestern.

Overall, the Spartans generated 588 yards of total offense, the fourth time they’ve reached the 500-yard offensive output mark this season. MSU also won by double-digits for the fifth time in 2021; all three road victories for the Spartans have been by at least 17 points.

Quarterback Payton Thorne had another strong performance with 339 passing yards and three touchdowns against the Scarlet Knights; on the season, he has thrown for 14 scores and only two interceptions. He has also thrown for at least 250 yards in four games this season (Youngstown State, Miami, Western Kentucky, Rutgers) and 300 yards in each of the past two games.