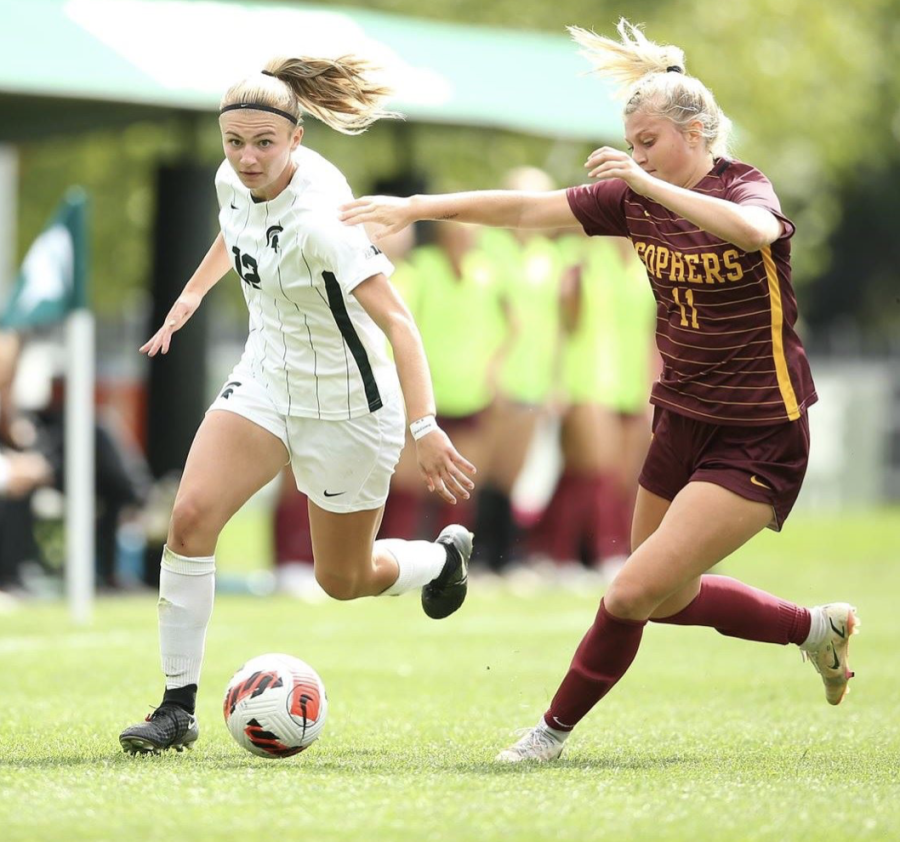 She also collected an assist on redshirt freshman Justina Gaynor’s game-tying goal in the 71st minute vs. Nebraska on Sept. 30. The game would end in a 2-2 tie.

Wickes, who scored her goal in the 80th minute of MSU’s narrow 2-1 road victory over Iowa, is currently third on the team with six points and two goals. Her two assists are also tied for the best mark on the team alongside fifth-year forward Ava Cook.

It was the first goal that Wickes has scored since the Spartans’ season-opening 4-0 win over Detroit Mercy, an 11-game stretch.

Overall, Wickes has started in three games, more than any other freshman, and has appeared in all 12 games for MSU. She, alongside goaltender Lauren Kozal (who received Conference Goalkeeper of the Week Honors on Sept. 21), are two major reasons why the Spartans are 8-1-3 on the season with a 3-1-1 Big Ten record.

That 3-1-1 conference record is tied for third in the conference with Northwestern. The Spartans are returning home to square off against 7-5-2 Ohio State on Sunday, Oct. 10. The Buckeyes, sporting a 2-2 Big Ten record, are coming off a 2-1 home loss to No. 9 Rutgers on Oct.3 and a 1-1 double-overtime tie vs. Indiana on Sept. 30