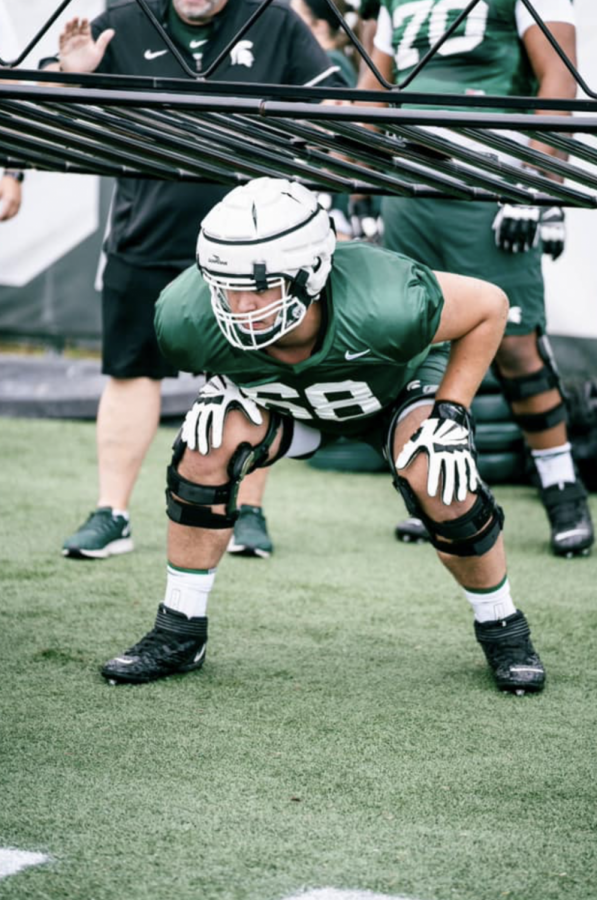 So Happy and Proud for You! Earned and Deserved! Juice! https://t.co/DefLSp0V1K

VanOpstall, a Jenison, Michigan, native made the announcement on Monday evening. He originally joined the team during the 2018 season under former head coach Mark Dantonio as a preferred walk-on despite having an offer for a full-ride at Division II Hillsdale College (where his older brother, Matt, played).

He was also offered by Army, Indiana State and Western Illinois out of high school.

During his time at Jenison High School, VanOpstall played on the offensive and defensive line and was a two-time OK Conference all-league selection, where he also wrestled.  The Associated Press also named him as a Division 1-2 honorable mention all-state selection as a senior.

VanOpstall, 6-foot-6 and 305 pounds, also received some playing time in the second half of MSU’s 42-14 home win over Youngstown State on Sept. 11.