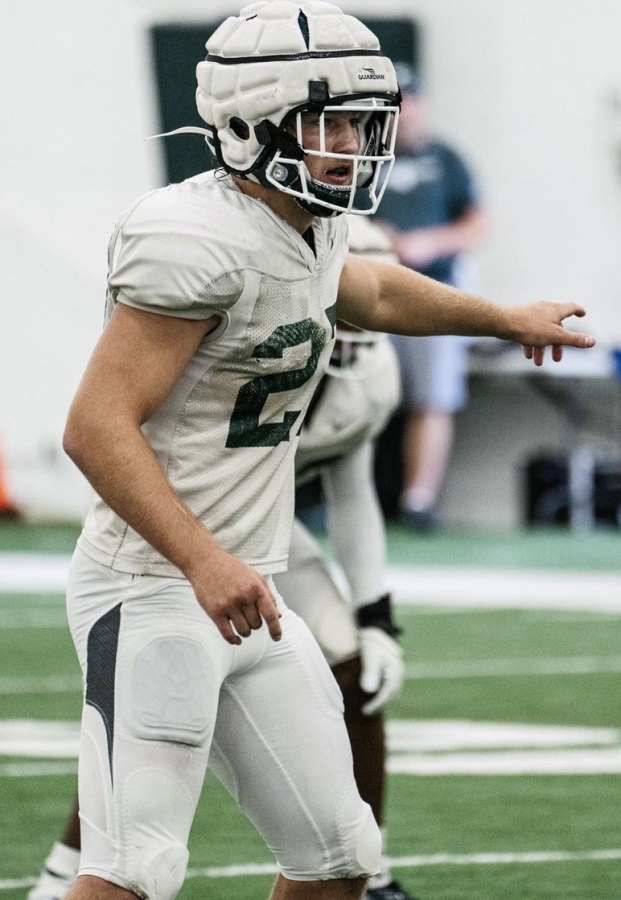 EAST LANSING— Perhaps the “Movin on Up” theme song from “The Jefferson’s,” was written to chronicle Michigan State’s continued climb up the AP Poll.

In the latest AP poll rankings, MSU moved up six spots to No. 11 after knocking off Western Kentucky 48-31 on Saturday night. The Spartans, who were also ranked at No. 11 by the Coaches Poll, have not been ranked inside the Top-15 of either poll since 2015.

The win, combined with losses by No. 12 Ole Miss, No. 8 Arkansas and No. 9 Notre Dame, allowed the Spartans to leapfrog their way into the No. 11 ranking.

With Saturday’s win, the Spartans improved to 5-0 on the season and are one of ten of Power Five schools that remain undefeated through fives weeks, including Michigan, Iowa, Penn State, Alabama, Georgia, Oklahoma State, Oklahoma, Kentucky and Wake Forest. The 5-0 start is the best start since 2015 in which they started off 8-0 before losing to Nebraska 39-38.

MSU is one of five ranked Big Ten teams; the Spartans trail No. 3 Iowa, No. 4 Penn State, No. 7 Ohio State and No. 9 Michigan. No other Big Ten team received any ranked votes.