Slowik: Taking a closer dive into the impact of MSU’s marching band in the Spartans’ 48-31 win over WKU 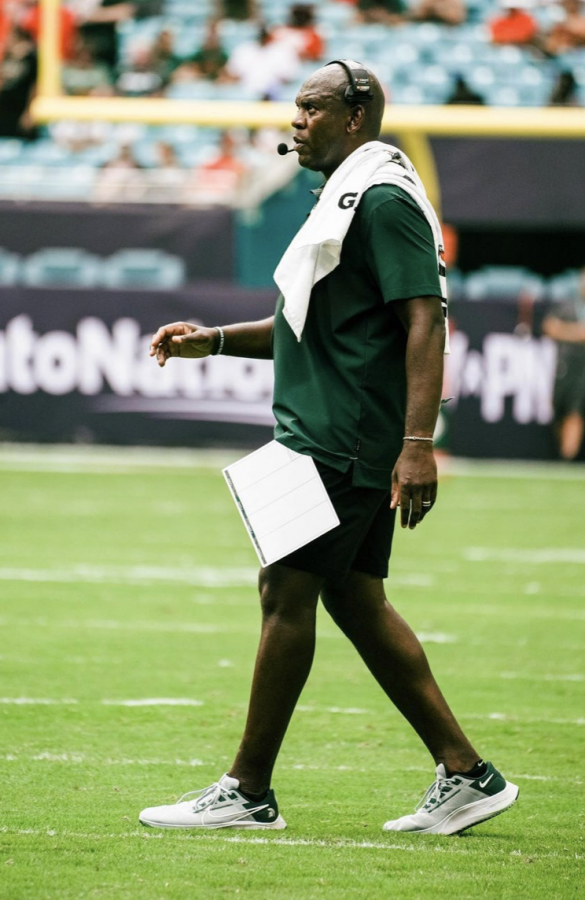 EAST LANSING—Michigan State fraternities and student organizations weren’t the only ones welcoming back old members this weekend.

On Saturday, the MSU marching band welcomed back alumni members, a tradition that dates back decades.

They also spelled out “Eat Cake” after the Spartans’ 48-31 victory over Western Kentucky.

It’s anyone’s guess as to what that means.

Last week against Nebraska, the crowd in attendance was shown a clip of football head coach Mel Tucker. Coach Tucker talked about his love of the MSU marching band, and in response, the band also played his favorite songs by request. The newly named student section, “The Deep End”, was packed and rocking all game long, including the elaborate halftime show, which the band spent all week practicing and rehearsing.

During the pregame show, the band marched out and formed the famous Spartan block “S” as they worked their way down the field as the crowd screamed, “Go Green.” As expected, the band received a raucous welcome from Michigan State fans. The pregame performance was wrapped up with a beautiful rendition of the Star-Spangled Banner

After returning to the seats, the marching band didn’t get much of a breath. Junior wide receiver Jayden Reed returned a punt 88 yards for an early Spartan touchdown, which allowed the MSU marching band and alumni to play the fight song just five plays into the game.

After another exceptional performance, Reed leads the nation with 883 all-purpose yards. Through five games, he has also notched eight total touchdowns (five receiving, two punt returns and a rushing score).

They would stay active in the first half with six total touchdowns; four coming on the ground. Running back Kenneth Walker continued his breakneck pace and ran for three touchdowns to go along with 126 yards in 24 carries, Payton Thorne also got in the action with a 12-yard rushing score of his own.

With his 124-yard game, Walker is currently leading the country with 680 rushing yards, holding a 28-yard advantage over Texas running back Bijan Robinson.

On the game, Thorne was an efficient 20-for-30 with 327 passing yards and a score. It was also the third time this season that the Spartans notched over 500 yards of total offense.

Reed, meanwhile, had a 46-yard touchdown reception; overall, he had four catches for 127 yards. It was the second time Reed has eclipsed the 120-yard receiving mark this season (181 yards vs Youngstown State).

The halftime show consisted of a beautiful combination of current marching band members and alumni alike. The field was full and loud as the band marched the field, playing for the 70,000-plus fans in attendance.

Despite MSU coasting to the 48-31 win in the second half, the band remained engaged with several unique themes and song presentations. They also helped MSU maintain a strong home-game advantage over the visiting Hilltoppers.

Of course, watching a 48-31 win while your team improves to 5-0 doesn’t hurt either.