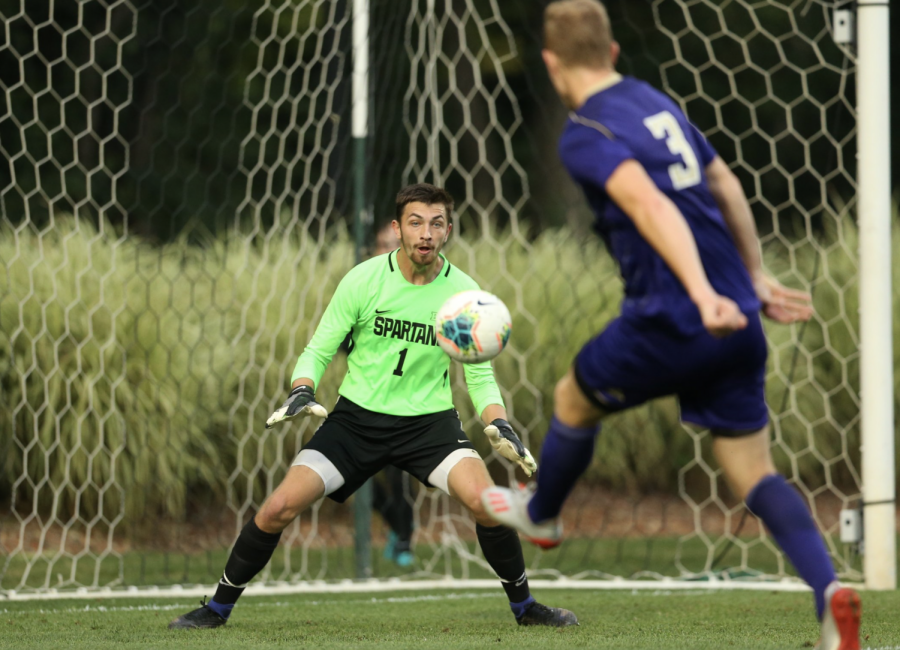 GK Hunter Morse was the star of the show

There isn’t much to say about the performance of senior Goalkeeper Hunter Morse except that he was flat-out dominant. Recording nine saves, with eight of them in the second half, Morse kept the Spartans in the game from start to finish. With back-to-back heartbreaking losses to Indiana, and now Penn State, Morse has been the key factor to keeping MSU in these close games.

“I thought Hunter played unbelievable, credit to him, he really kept us in the game,” Rensing said.

Spartans’ red card changed the whole outcome of the game

Playing with 10 men isn’t going to help your team win, and that’s exactly what the Spartans had to deal with midway through the game, as midfielder Jack Zugay was sent off in the 56th minute of a 0-0 game. Both teams had 11 fouls each, but the red card was a major blow to the Spartans’ chances of winning the game.

“When you’re down a man, it’s hard to come back from that,” Rensing said.

MSU started the first half playing crisp, solid defense against a good Penn State squad. Totaling just three shots in the first half, Penn State came out with tempo and overall dominance in the second half with 20 shots and the game-winning goal in the 86th minute by forward Daniel Bloyou.

Thanks to the great efforts from Morse, MSU was able to keep it a 0-0 game most of the way. Spartans’ senior forward Farai Mutatu was able to use his pace and strength to make it difficult on the Penn State defense and create many scoring chances that could not go their way.

MSU will look to bounce back when they travel to Ann Arbor to take on the Michigan Wolverines on October 5 at 8 p.m.