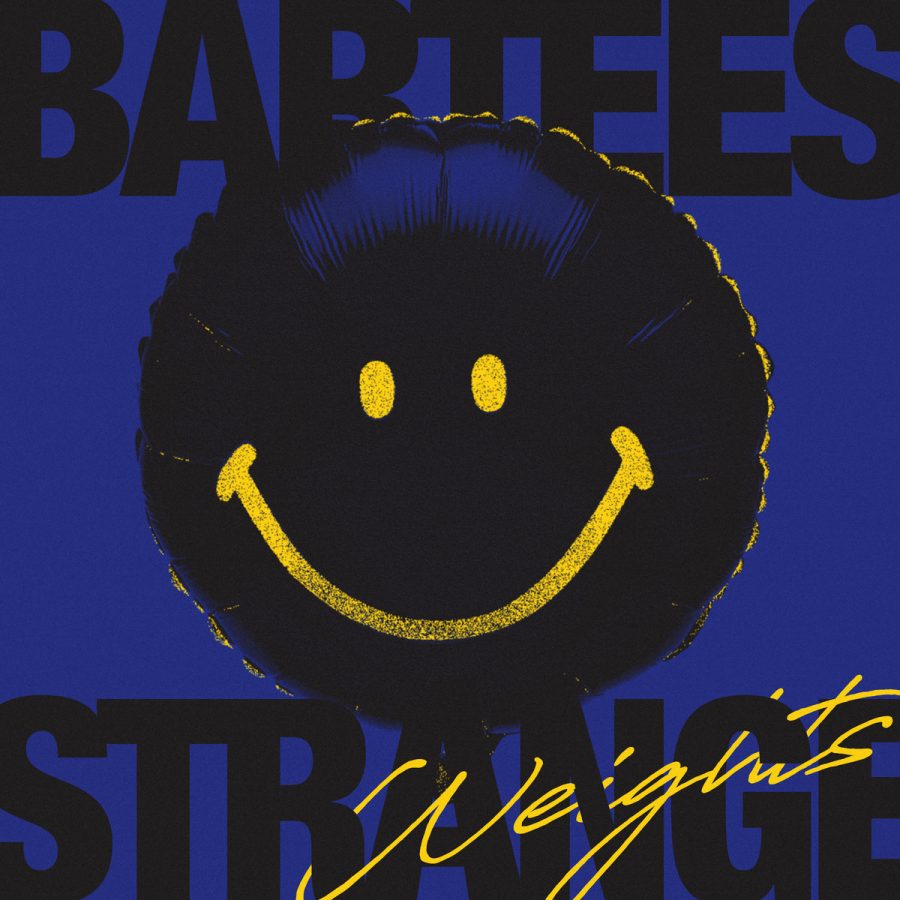 “Don’t you come up out the crib if you ain’t strange,” is something of a rally cry for D.C.-based artist Bartees Strange and his following. That lyric came off “Kelly Rowland,” a standout from Strange’s killer 2020 debut, Live Forever. As Strange readies a deluxe release for Live Forever — which includes the Armand Hammer-assisted remix “Free Kelly Rowland” — he dropped “Weights,” a track he’s been teasing at shows for some time.

While “Weights” has the same anthemic feel as his country-rock-rap scorcher “Boomer,” it takes from an entirely different source. Strange has clearly been listening to Bloc Party and TV on the Radio. Produced by indie rock stalwart Will Yip — who also mastered Live Forever — “Weights” simmers with bright sheen and heartache.

“We were separate, maybe distant/

Plus all the reasons that we’re different/

Now when we catch up, catch up it’s quick and breathless/

Strange follows his tradition of seamless genre-bending with a bratty pop punk bridge, making for a stark contrast next to the Robert Smith impression that he totally nails throughout the rest of the song. “Weights” has a gothic tinge that suggests an exciting new direction for Strange after Live Forever and its folky undertones, and it also borders on The Killers-esque arena rock.

It seems as though Strange is poised for yet another breakthrough of sorts, expanding his sound as well as his circle of collaborators—surely, a Bartees Strange and Armand Hammer song was not on many 2021 bingo boards. While Live Forever was a unanimous critic’s darling, it’s forthcoming deluxe issue aims for a broader audience. Admirably, Strange does not trade idiosyncrasy for accessibility, as “Weights” only refines his eclectic habits.

As Strange puts it, the track is about “the ones that got away.” It toes the line between longing for what-could’ve-been relationships and accepting that they won’t work. “How far am I, far am I?” Strange pleads as the song fades out. If it’s just one thing, “Weights” is about hope. Clocking in at just over 2 and a half minutes, it’s one of those songs that feels more like an eternity — in a good way.