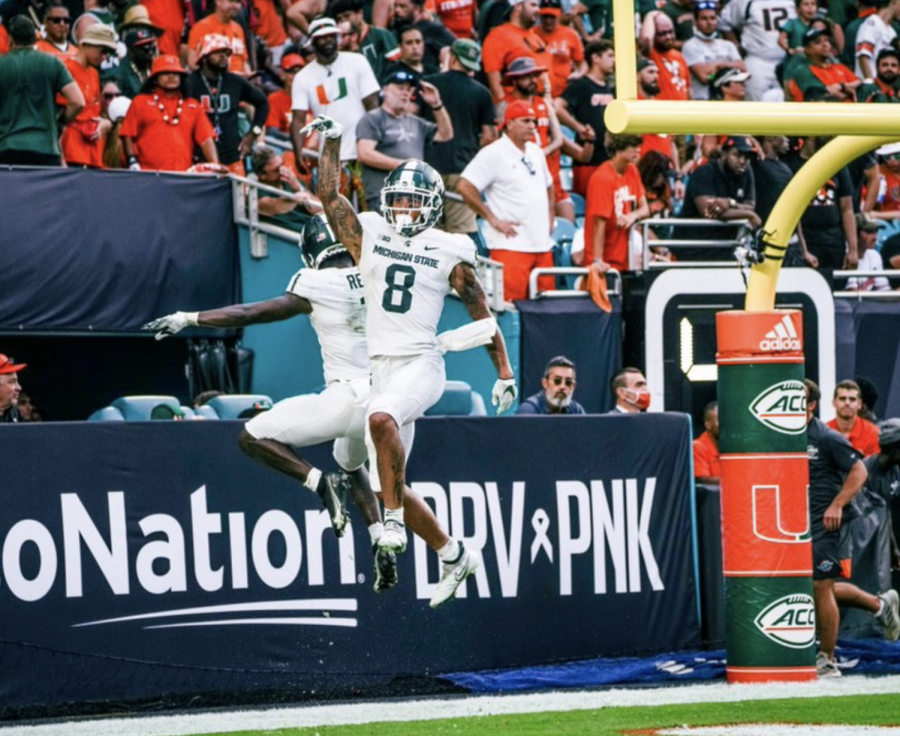 EAST LANSING— For the second week in a row, a Michigan State player has received conference honors.

On Monday morning, redshirt junior wide receiver Jayden Reed was named as the Big Ten Special Teams Player of the Week. The honor comes after Reed returned a punt for a 62-yard touchdown with 3:47 remaining in the fourth quarter, tying up the game and eventually propelling MSU to a narrow 23-20 overtime home win over Nebraska.

On the game, Reed notched 192 all-purpose yards, including 59 receiving yards and 69 kick return yards. He returned a kick for 41 yards in the second quarter, setting up the Spartans with good field position that led to a 26-yard Matt Coghlin field goal.

Reed was the first Spartan to return a punt for a touchdown since Keshawn Martin against Northwestern on Nov. 26, 2011. He also got MSU on the board in the first quarter with a 35-yard touchdown reception on a flea-flicker from quarterback Payton Thorne.

He is also averaging four receptions a game, the 15th-best mark in the conference.