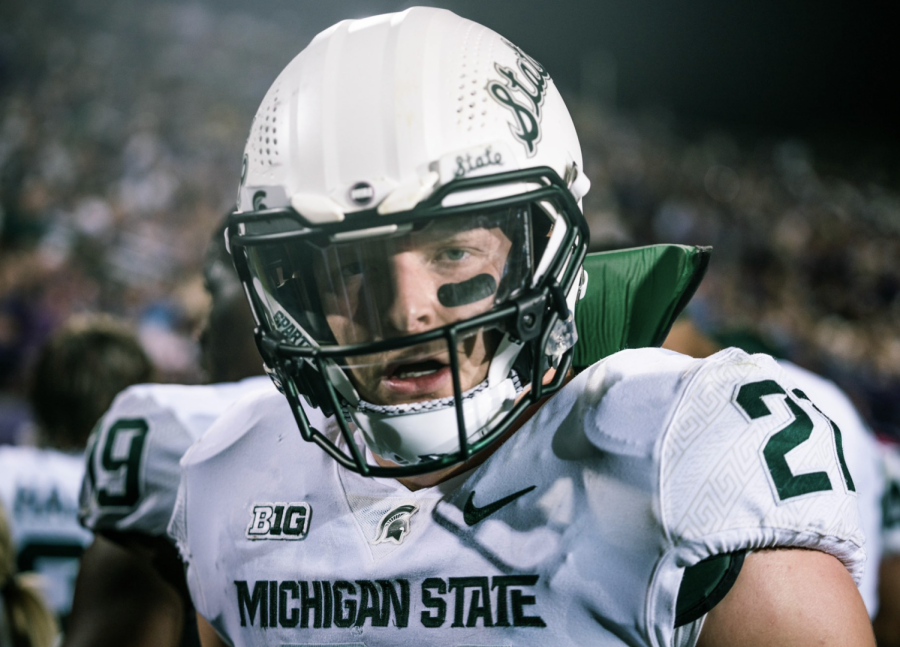 The news, which was originally reported on by Rainier Sabin of the Detroit Free Press, is a surprise as both Gervin and Kline have received significant playing time this season. Both players have also appeared in over 20 games for the Spartans over the past three-plus seasons.

Gervin, who started in the Spartans’ Week 1 contest against Northwestern on Sept. 3 and Youngstown State on Sept. 11, was sharing playing time with transfer cornerbacks Ronald Williams and Chester Kimbrough as well as freshman corner Charles Brantley. He struggled in MSU’s Week 3 win over Miami, yielding 156 receiving yards and two scores to Hurricane wide receiver Charleston Rambo.

Overall, Gervin started in six games last season and appeared in 22 overall games during his time in East Lansing. His 14 tackles this season is the seventh-best mark on the team; Gervin has notched 44 tackles since his freshman season in 2018.

During the 2020 season, Gervin collected four pass deflections, tied for the team lead, and had one fumble recovery. He initially committed to MSU on Dec. 2, 2017 as a four-star prospect out of Cass Tech High School, located in Detroit. 247Sports rated Gervin as the No. 2 overall prospect in Michigan and the No. 20 cornerback prospect within the country amongst the 2018 recruiting poll.

Kline, meanwhile, is tied for 12th on the team with 11 tackles. Since 2019, he has appeared in 24 games and collected 52 tackles, including two forced fumbles in 2020 and a sack in 2019. Last season, Kline appeared in all seven games for the Spartans and collected a career-high 29 tackles.

Despite serving as the Spartans’ third linebacker in 2020, behind Noah Harvey and Antjuan Simmons, Kline saw his playing time dwindle this season with the arrival of former Tennessee linebacker Quavaris Crouch and former Michigan linebacker Ben VanSumeren, as well as the emergence of redshirt freshman Cal Haladay.

He originally is from Chardon, Ohio, and committed to Michigan State as a high three-star recruit on July, 25, 2017. 247Sports rated Kline as the No. 15 overall recruit in Ohio and the No. 23 overall inside linebacker prospect within the 2018 recruiting pool.

On Saturday, freshman defensive end Alex Okelo also entered the transfer portal. He didn’t appear in any of the three games for MSU or the 2021 spring game. The 6-foot-5, 217-pound Okelo originally committed to MSU on Aug. 16, 2020, after being offered by Florida State, Indiana,  Kansas, Tennessee, Nebraska, Ole Miss, North Carolina, Kentucky, Louisville and UTSA.