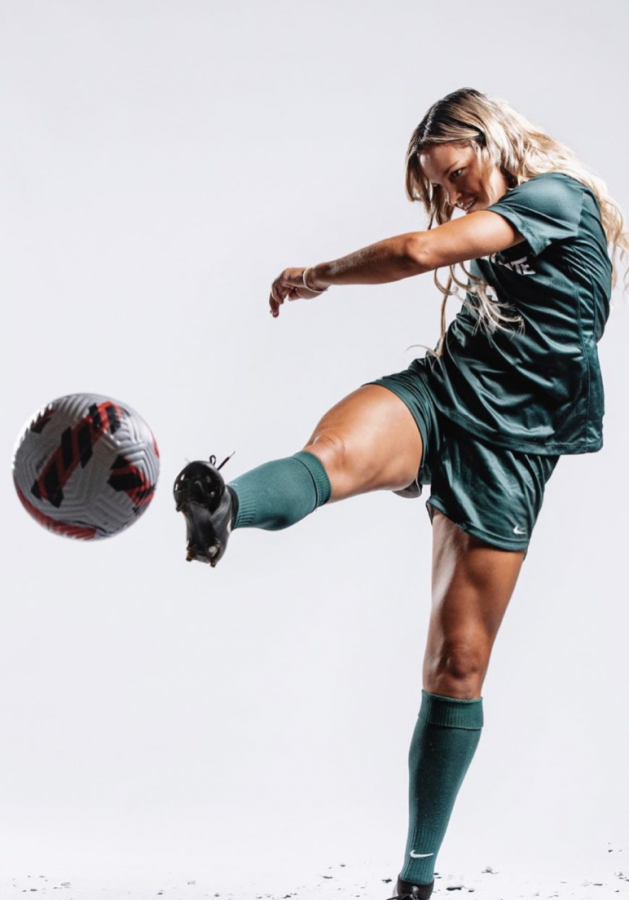 EAST LANSING— On Sunday afternoon, the Michigan State women’s soccer team came back from their upsetting 2-1 home loss to Wisconsin on Thursday with a win against the Minnesota Golden Gophers at DeMartin Stadium.

Early on, the Spartans and Golden Gophers kept each other on their toes. By the end of the first half, the Spartans had nine total shots while the Gophers had seven. MSU goalie, Lauren Kozal, had a strong game with a total of four saves and was used as a backup for the defense, who were yielding consistent pressure to the Gopher offensive attack throughout the entire first half.

After a long first half, where both teams were fighting to put points on the board, sophomore defender Zivana Labovic got the Spartans their first goal of the match on a penalty kick with about two minutes remaining in the first half.

“I think we were really relentless,” Labovic said. “We knew we just needed to keep creating chances, and after a while, it was gonna come and sure enough it did.”

The second half of the match was similar to the first, with both teams showing an increased willingness to maintain possession and the defense desperately trying to keep the ball away from the net.

By the end of the second half, the score remained 1-0 until Minnesota forward Izzy Brown scored the team’s first point with 10 minutes left in the match. Senior midfielder McKenna Buisman was credited with the assist on the Brown goal.

The Spartans knew they had to act fast and sure enough, they did. In the 85th minute, sophomore midfielder/ forward MJ Andrus, assisted by Raegan Cox, scored to give MSU the narrow 2-1 lead.

“We’ve been working so hard,” Andrus said in response to her game-winning goal. “Overall we executed it and you can see by our reaction that we are all on top of the world.”

MSU head coach Jeff Hosler credited his team in the postgame with being resilient and finding a way to come out on top after yielding the backbreaking late goal.

“It showed us where we are,” he said. “We are detailed and disciplined enough to get a result on that day, but it also showed us a glimpse of who we can be, and I think that confidence carried over to today.”

Minnesota dropped to 5-2-3 on the season with the loss as well as 1-2 in conference action.

With today’s win, the Spartans are now 7-1-2 on the season and 2-1 in Big Ten play. They will look to continue their strong start to the season when they travel to Nebraska on Sept. 30. The game is set to start at 7:05 p.m.