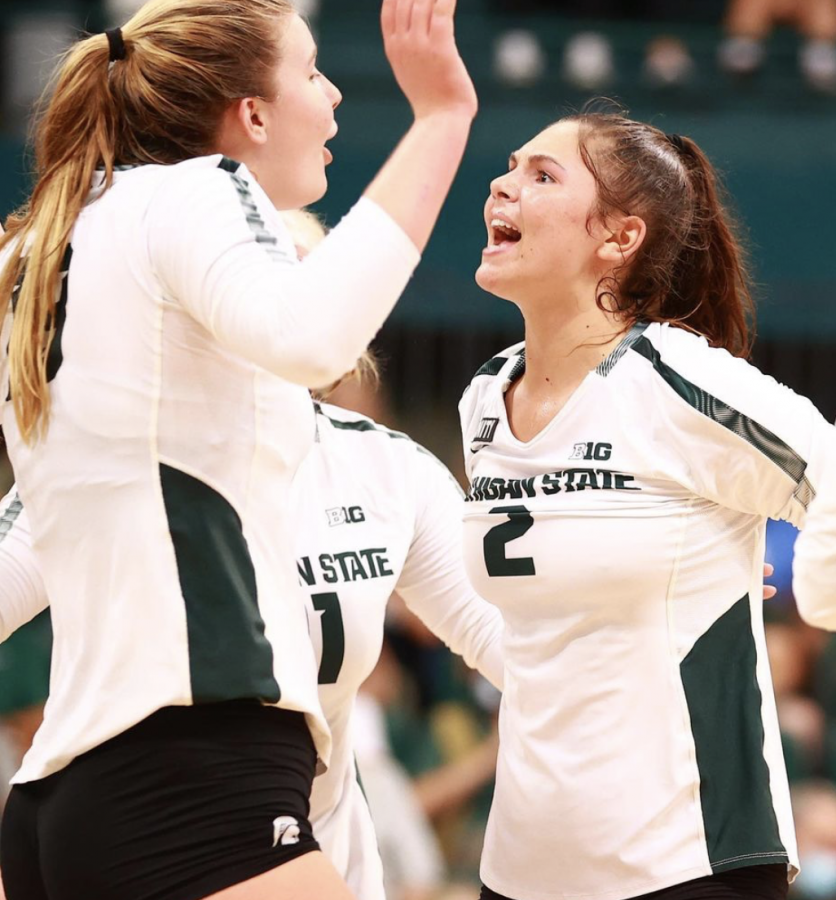 Michigan State has started off strong with a 7-2 overall record and a .778 winning percentage. The team has gone 5-1 in games at home and 0-1 on the road. The Spartans follow a loss to No. 13 BYU on Sept. 4.

Michigan State’s last two home games against North Carolina and Duke scheduled for Sept. 10 and 11 at Jenison Field house were cancelled due to health and safety protocols. Redshirt junior Talia Edmonds leads this team this year in sets played. Edmonds has a total of 39 sets played with a total of nine matches played this season.

Junior Biamba Kabengele is currently the leading Spartan scorer with a total of 46 points scored this year.

Edmonds leads the Spartans this season with a total of 117.

This game will be the second of MSU’s four-game away stretch.