A Seraphim Confessional | “Under Heaven” by jonatan leandoer96 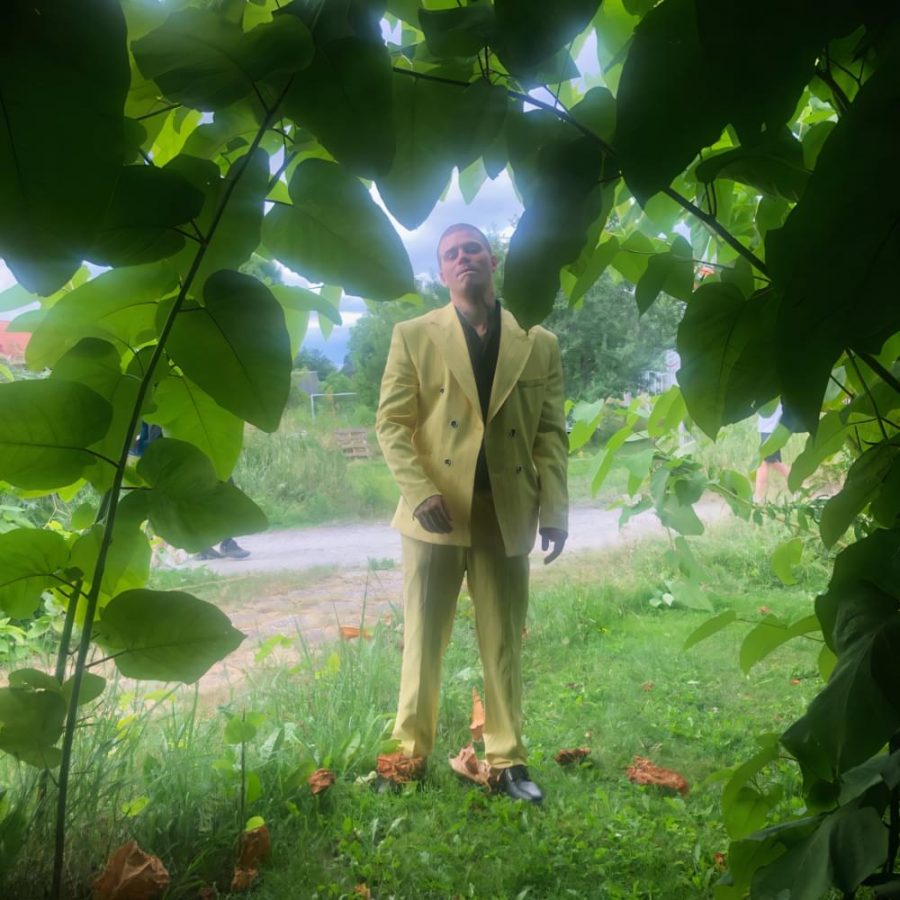 Jonatan Hastad Leandoer has been entrancing the internet for almost a decade. From the prophetic esoterism of Lavender EP, Unknown Death 2002 and Unknown Memory 2002, to the heartbreaking Stranger, Leandoer has been weaving whimsey and heartbreak as an iconoclast of the cloud rap movement.

While many remember Leandoer as a hip-hop fixture in the soundcloud boom of the early-mid 2010s, I’m sure none would have expected a rather pervasive presence in the underground scene thanks to his like minded and innovative collaborators. Yung Sherman, Bladee, Thaiboy Digital and Ecco2k have bounced off each other, sowing the seeds for what would become alternative R&B. Exploring these more spacious textures beyond a backdrop for nonsensical hip-hop has provided one of the most insular and prolific collaborations of the past few years.

Despite his meme-heavy image on the internet, Lean in actuality has a passionate love for music, and has all but shed the half-jest burnout that rocketed him to stardom.

In his more recent discography, Yung Lean becomes increasingly topical and introspective. This exploration into what it means to be an artist and the concept of sound has led to Lean’s most self aware and intriguing output yet.

The love for mystifying etherealism would begin to show itself on projects like psychopath ballads, before blooming over his subsequent albums, Stranger, Starz and Blodhundar & Lullabies. It is on these records, where Lean can at times shapeshift between ambient pop, alternative r&b, hypnagogic pop, dream pop and cloud rap — creating a wonderfully decadent, self-reflective and unabashed work in its wake.

Produced by Dean Blunt, “Under Heaven”, the latest single from his side-project, jonatan leandoer96, is continued proof that Leandoer is a true visionary, who is anything but the lethargic sounding, Arizona-drinking iconoclast of the internet age.

The bittersweet strumming of a guitar swirls across the listener, inflating into opulence with its viscous and heavy weight. Referencing his past, Leandoer acceptedly, yet cautiously croons,

Just to stay out of trouble /

But I got troubles on my mind /

I want the freedom /

Under heaven we all gone shine /

The serrated and inconsistent delivery of the vocals amounts to an uncut stream of emotion in Leandoer’s isolated vocals. The instrumental serves to create an emotive amplifier, maximizing the hopelessness and reminiscence of Leandoer’s memories into a painful, yet sacred recollection.

Despite the heavenly chords in the backdrop, it serves only as a providential reminder of the immense tribulations and gifts that Leandoer has had throughout his career. Between the dejected vocals and the pleading delivery, it is at this moment that Leandoer is not singing, but confessing on a fractal laden stage.

Get them boys out my sight

I don’t wanna see the light

OG vampire I been

Leandoer repeats the two verses over the same instrumental, becoming a mantra as it burrows its way into the cochlea. The longing on Leandoer’s voice transcends the song into a miraculously bottled ephemerality.

Blunt’s production allows the dynamism between Leandoer and the crestfallen instrumental to become akin to a duo. Silkspun chords form a symbiosis of emotional resonance with Leandoer’s lyrics. Each moment of repetition, an acknowledgement of a grim past, each piece, the part of a larger whole that ceases to exist.

“I wanna see the light”

Angelic harmonies lightly pile, becoming a luxurious squall, rippling off the reverb of Leandoer’s echoed chorus. The flourishing addition adds a sense of strength among the acceptance and regret – transforming the song’s melancholy overtones into a youthful gospel of adolescent exuberance and bittersweet reminiscence and adulted sobriety.

Jonatan Leandoers96’s “Under Heaven” is a velveteen contemplation of what has made Leandoer, Leandoer. While most tracks fail to live up to their namesake, “Under Heaven” perfectly sums up the longing for those who are gone, and the birth of a new day in the wake of time marching forward.