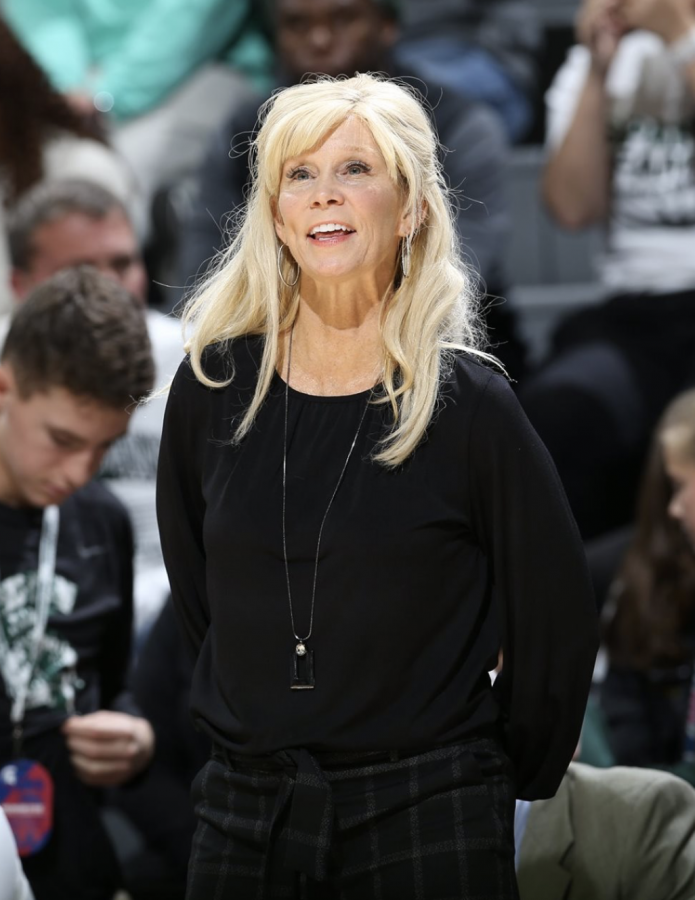 Wood, who currently plays for Carmel Catholic High School (Mundelein, Illinois), is rated by ESPN as a four-star recruit with a composite rating of 94. The site categorizes her as an player  “that attacks in the transition game” and “whose offensive potential keeps the defense honest to the arc.” She is also rated by ESPN as the No. 35 overall recruit within the 2023 class.

During her freshman season at Carmel in 2019, Wood averaged 14.5 points, 6.3 rebounds and two assists a game. Her exceptional height, 6-foot-4, allows her to glide to the basket with ease while also effectively defending out on the perimeter, and in the lane, alongside ripping down contested rebounds.

Wood will have a chance to immediately contribute for the Spartans as First-Team All-Big Ten guard Nia Clouden is set to graduate this year as well as forward Tory Ozment; junior guard Alyza Winston is set to graduate in 2023 alongside forwards Moira Joiner, Julia Ayrault and Taiyier Parks.