Takes from a tastemaker: Interview with Pitchfork contributor Ian Cohen 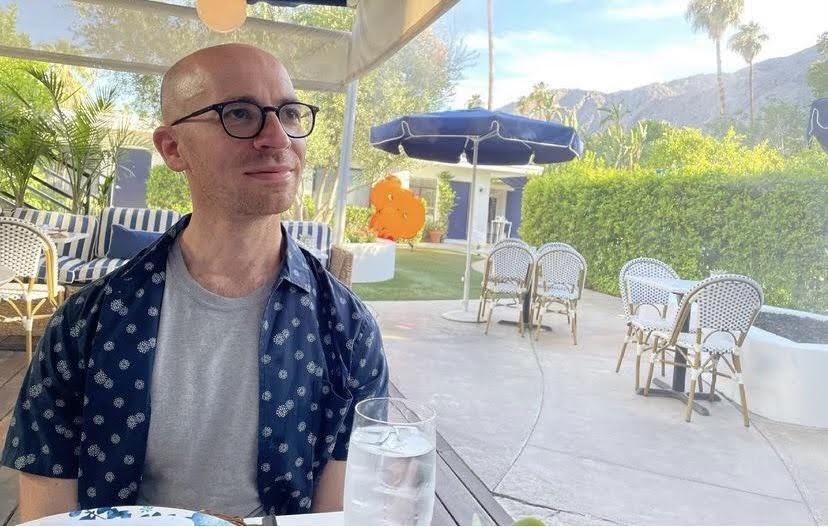 To many fans of DIY alike, chances are we all revel in the magic of small-town bands that capture our hearts. Somehow, somewhere, there’s a locale’s own Johnny Rotten, unabashedly swaggering, singing and strumming on a forgotten corner of the street and internet.

As we all know, mass journalism limits most local music scenes, except for serendipitous movements like Washington DC’s harDCore, Seattle’s grunge, and Manchester’s “Madchester” (Baggy).

Bad Brains. Nirvana. Happy Mondays. One day, they’re a nobody, the next, a figurehead. How? Small-fry journalists and labels would spotlight self-proclaimed diamonds in the rough, slowly cutting away at their corundum to reveal a dazzling, entrancing gem.

In the realm of DIY, the name Ian Cohen rings as true as American football, mom jeans., The Brave Little Abacus or Sunny Day Real Estate. You might ask, “What is this band?” Ian Cohen’s journalism — particularly as a contributor for Pitchfork — has made his name revered amongst DIY fans as an all-seeing connoisseur. Even today, a review from Ian Cohen is seen as the mainstream seal-of-approval; direct providence of a god with their fingers on the pulse of the burgeoning American underground.

During this year’s Pitchfork Music Festival, Impact 89 FM had a special opportunity to sit down with Ian Cohen, one of the most unique figures in DIY. We were able to ask him about the origin of his fondness for the Midwest emo scene, global journalism’s role in the greater music sphere and the direction of the popscene through the lens of one man’s 13 years of writing.

This interview has been edited for length and clarity.

Matt Cruz: How exactly do you find DIY musicians when reviewing for such an important, globally respected publication?

Ian Cohen: I find it no differently than everyone else. Just from other people who are more in the field than I am. I don’t really find a lot of bands! What I do is, I just go on message boards like chorus.fm and Facebook groups, where people post about these bands and I’m like, “I guess I’ll go check this out,” and it goes from there. I also receive stuff from some trusted labels and through PR. It’s really not all that different from anyone else, relying on people who are in the greater community. They are doing the shows, and they are doing the discovery. I just so happen to write for a publication that can give them a bigger platform.

Cruz: In the circles of DIY, you’re considered a tastemaker. Have you ever thought of that? Do you ever think about that? Or is it something that exists outside of yourself as a journalist?

Cohen: It’s something that exists outside of myself. Maybe people might pay attention to that. I read about a ton of bands, I know about a ton of bands and write about a ton of bands, but there are certain ones that just catch on. It has less to do with anything that I say or do, but it is attributed to me. The tastemaking is done by people at the shows — the kids in the DIY scene — it’s more than just the bands. There are certain bands I think are great, and I think to myself people should be paying attention to them, but they don’t have the platform, representation or sound that would make it easy for them to find attention. I don’t think I have some ability to make things happen for a band. It’s a part of it, but it’s really more do they connect with us?

Cruz: While you’re writing these reviews for smaller acts, you’re undoubtedly very self aware of their audience or lack thereof. Do you ever grapple with the popularity of an act you want to review being at odds with the popularity of the publications you write for? You’ve reviewed bands with an — at the time — extremely small following, like awakebutstillinbed and Parannoul, and scene fixtures like Joyce Manor and American Football.

Cohen: Yeah! I think that’s a great consideration. The band Johnny Football Hero I wrote about, joked “Hey, we’re nobodies in the Philadelphia scene, what the fuck!” I think in general, that can make a difference as far as whether a review pitch gets accepted. I consider what it might mean to a smaller band. I don’t think that bands have to necessarily blow up to be worthy of notoriety. Bands have to start somewhere. Their level of notoriety makes more of a difference to the editors than it does to me. There’s only so much space or airtime for us to give, and if that doesn’t work out, I’m tweeting about them. That’s when I might take it upon myself to give them airtime.

Cruz: You’ve been known to write about DIY,  punk, punk-adjacent DIY, Midwest emo, etc. What attracted you to that style of music?

Cohen: I would say I’m kind of a poser in the world. I’m 41, I have a day job. I live in San Diego, which is by no means any kind of scene comparable to Philadelphia, New York, Baltimore, or L.A. I got into covering this stuff in 2013. What attracted me to it were the bands on Top Shelf Records, hearing The World is a Beautiful Place and I am No Longer Afraid to Die, Crash of Rhinos, Balance and Composure. What made that so exciting at the time, was that there were tons of publications covering them, like AbsolutePunk. There was such a gap between the stuff we were both covering, I liked a lot of it. When I started to see this world, and even The Wonder Years, I was thinking “This stuff is great and sounds like stuff I liked when I was younger.” I think that when I would go to shows and hear the music, it just reminded me of a style of indie rock from 2005 that lacked polish. It seemed like there was this grassroots movement happening at the ground level. I wanted people to know about this. It started to build on itself as I would meet more and more people from this world, and the more I immersed myself in it, the more bands and labels I would discover. It just gave me more of a sense of purpose I suppose? That I could give life or exposure to a scene versus “We need someone to write about the new Arcade Fire album.” I like doing that, but I felt like I had more skin in the game doing this, and also the music is just… good!

Cruz: What do you think about role of large publications as this sort of invisible hand for the development of sound? Once a sound becomes popular, it can begin to homogenize the popscene. Take for example the rise in the slacker rock and mellow indie sound that came in the wake of Mac DeMarco’s records. Do you think this is an issue?

Cohen: I would say that whenever there is a sound like that, what I’ve been told by artists and labels is that it’s just something in the air. It’s not necessarily, “I want to sound like Mac DeMarco,” it’s more this is the stuff getting signed. There’s stuff that’s omnipresent to some degree, it’s just now we’re paying attention to it. The bands of young kids might start off sounding like Mac DeMarco, but then six, seven years later we’re seeing that sound influence the development of something completely original. I don’t think large publications guide it as much as it seems. I think it influences who gets signed, covered, and picked up by PR firms. How much? I don’t think that it has as much influence. Do I think we’re far removed from this invisible hand having this strong grip? No, but it doesn’t have as strong a grip as it used to.

Cruz: And finally, of course, what have you been listening to that we might not know about?

Ian Cohen: It’s tough to say. I feel like my music listening has really dropped off as of late, I feel overwhelmed by the amount of things that are happening and real life work. I feel a bit out of touch. When I write about music less, I listen to music less. I loved the new The World Is A Beautiful Place and I am No Longer Afraid to Die, which comes out in October. I think that’s something that I’m really digging into. But whenever I feel a bit stagnant I try to listen to old stuff, or some node of music that I haven’t explored before. Oftentimes that’s electronic music, late ‘90s Warp, or maybe going back through the Joni Mitchell catalogue. Whenever I’m bored I just try to find one artist who’s a blindspot for me — usually someone with a larger discography — so I can feel a sense of progress as I listen through it.