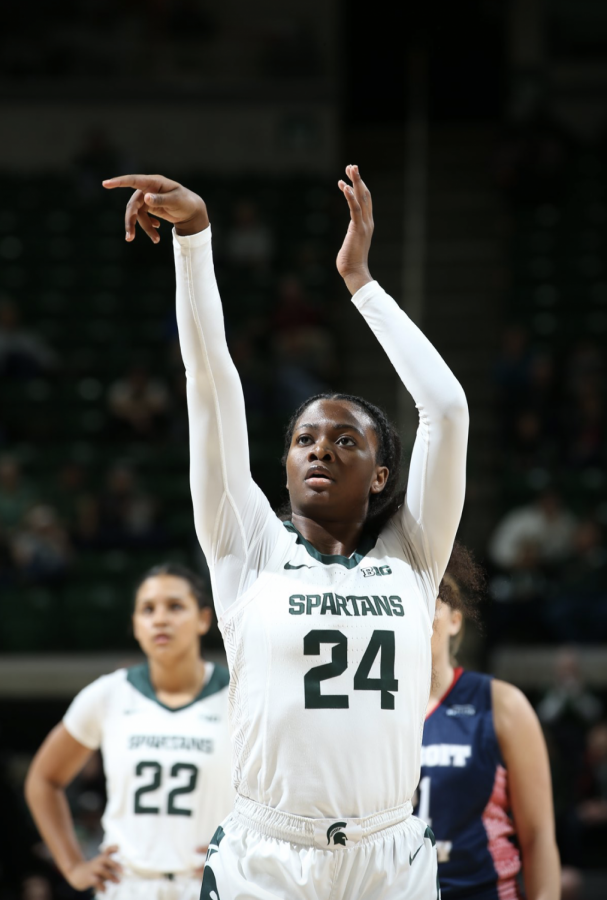 The rest of MSU’s schedule can be found below (away games are in bold and neutral site games are in italics):

The Spartans are coming off a 15-9 season that saw them earn a berth in the 2021 NCAA Tournament before falling to Iowa State 79-75 in the Round of 64. First-team All-Big Ten guard Nia Clouden, as well as guards Moira Joiner and Alyza Winston and forwards Julia Ayrault, Taiyier Parks, Tory Ozment and Alisa Smith are set to return for the 2021 season. Michigan State will square off against eight teams that made the NCAA tournament a season ago, including Indiana, Michigan, Northwestern, Maryland, Rutgers and Iowa.

In addition, MSU is welcoming in five newcomers, including five-star freshman Detroit guard Deedee Hagemann and Purdue graduate transfer Tamara Farquhar.  During her four seasons at Purdue, Farquhar started in 89 games and established herself as a ferocious rebounder and post defender. She averaged 6.5 points and 6.1 rebounds a game in 2020-21 while starting in all 23 games for the Boilermakers.

No start times have been announced for the scheduled 2021 games.