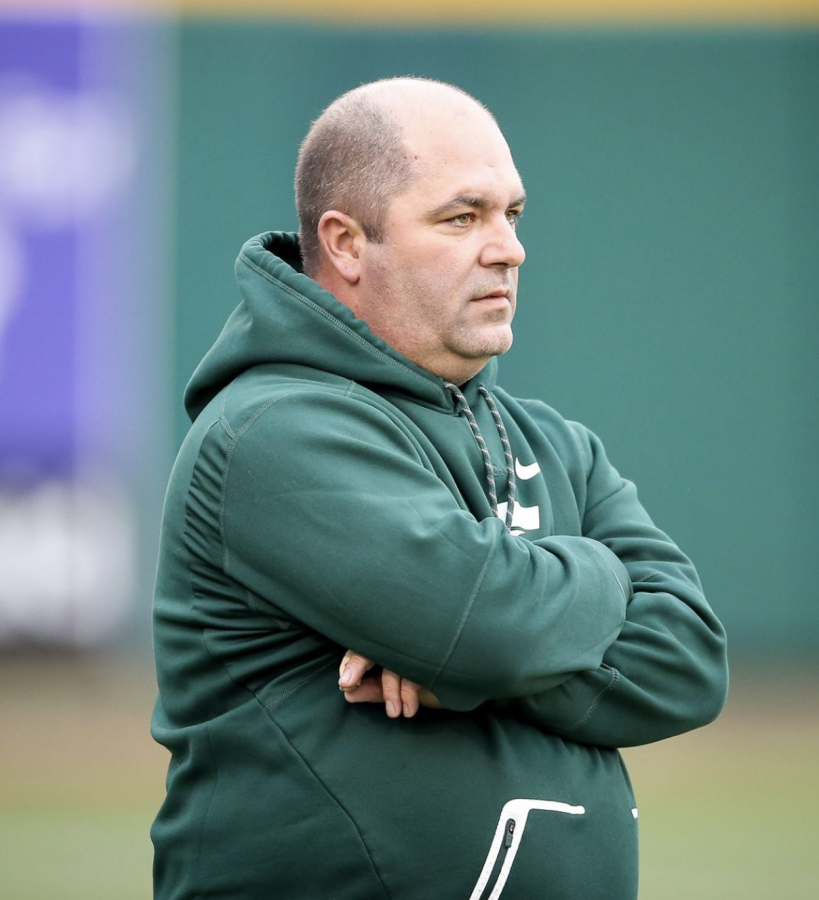 EAST LANSING — Coming off of a season-opening win at home against Cleveland State, the Michigan State men’s soccer team looked to build off of a strong victory, with one of even more magnitude when it faced off against the Akron Zips on Monday. The Zips, also 1-0 with a victory over Wright State, are amongst the top teams in Division I soccer giving the game a bit more importance this past Thursday’s game.

Going into Monday’s matchup, the Zips had won four-straight games against the Spartans, with a 5-1 win over the Spartans in the 2018 College Cup semifinals and a 2-0 loss to MSU in 2019 as the most recent results in the series.

Right from the start, the Zips and Spartans provided an entertaining match in the first half, with lots of back-and forth-chances and chippiness. While Akron created a majority of the exciting scoring chances throughout the first half, the Spartans led in shots.

The chippiness was there in bunches, as there were a combined 15 fouls in the half alone with the Spartans drawing 10 of them, as well as a yellow card. Although there were plenty of chances for both teams to score in the half, it remained a 0-0 draw at intermission.

“It was a good half,” he said. “Not only did they not get a shot on goal, but we pushed the pace. We didn’t really feel the need to make any crazy adjustments because the game was right where we wanted it.”

The second half picked up without missing a beat and delivered a display of quality competition. The Zips began the initial offensive pressure, pushing the tempo and making the entirety of DeMartin Stadium gasp after a duo of brilliant moves led to shot opportunities for Diogo Pacheco.

The match remained much of a back-and-forth affair until Spartan Michael Miller netted his second goal of the season after a beautiful move to put him one-on-one with the goalie. The Spartans led 1-0 and DeMartin was rocking. Zips coach Jared Embick rallied his team, and the it began pushing the Spartan goal right away. Eventually, the Zips broke through and Jason Shokalook scored on a ball that was rebounded twice.

With the score 1-1 and about 14 minutes left in the game, both teams began to show increased urgency for any kind of look on the goal. As shots rained on both goalies, it seemed like the Spartans were finally going to break through in the last minute, but the Zips capitalized on an errant pass and rushed the counterattack.

In the most pivotal possession of the game, Akron’s Wan Kuzri Wan Kamal put a beauty into the back of the net from 16 yards away — just under the outstretched arm of Hunter Morse — and sent all of Akron’s fans into a frenzy. DeMartin looked stunned as the Spartan players looked down.

Although MSU lost a heartbreaker of a game, Rensing seemed content with the performance of the team.

”That game, in front of that crowd, showing ourselves and our fans that we can hang with one of the best teams in the country is a good thing,” Rensing said. “Sure, it wasn’t the result we wanted, but we can definitely hang with the best. Going forward, we can play with that confidence of being able to play with the best and compete with everyone.”