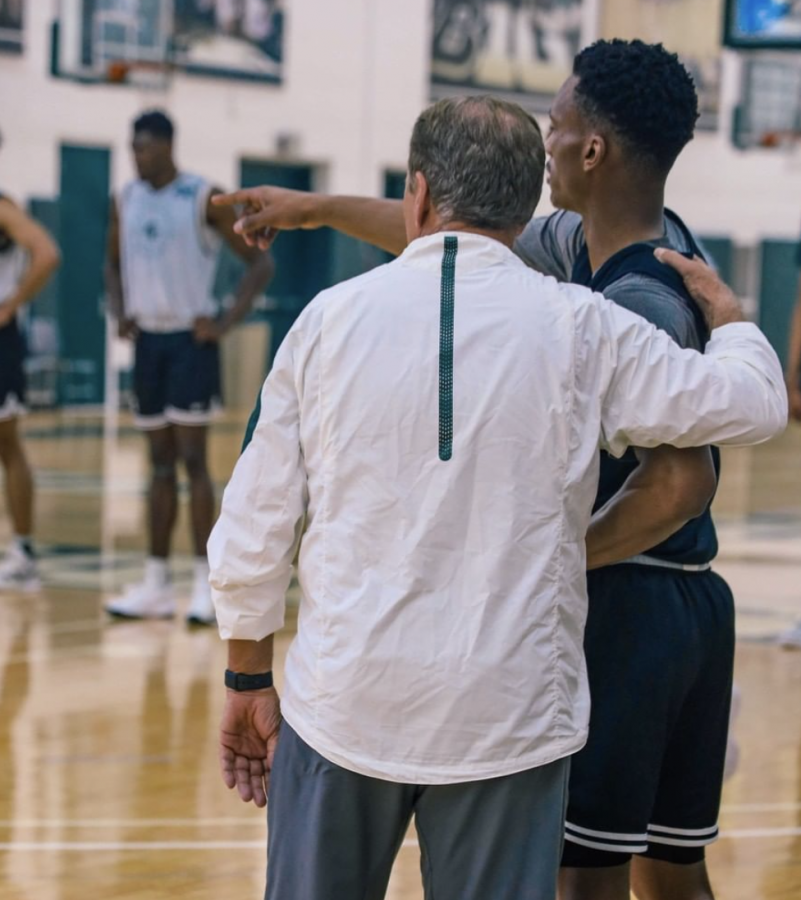 EAST LANSING— MSU head coach Tom Izzo has kicked off the 2022 recruiting cycle with a bang.

The 6-foot-2, 175-pound Holloman is rated by 247Sports as the No. 1 recruit in Minnesota and the No. 70 overall prospect in the nation within the 2022 recruiting pool. In addition to being offered by MSU, he was considering a myriad of other Big Ten schools including Minnesota, Illinois, Iowa, Nebraska and Wisconsin. Dayton, Marquette, Texas, Oklahoma State and Baylor were all formerly in the running for Holloman as well.

At the end of his recruiting, Holloman had narrowed down his list of potential schools to MSU, Oklahoma State, Illinois, Dayton, Marquette and Minnesota. During his junior year of high school, he averaged 20.4 points, 9.3 assists, 4.7 rebounds and 4.2 steals a game en route to a berth in the Minnesota Class 4A boy’s basketball championship game.

Holloman is a two-sport athlete who also plays defensive back for Cretin-Durham. His football skills netted him offers from MSU head coach Mel Tucker as well as Iowa, Iowa State, Minnesota and Nebraska. 247Sports rated him as a high three-star recruit and the No. 2 overall football talent in Minnesota.

He previously visited MSU on June 2; with Holloman committed, Izzo is expected to turn his attention to four-star Nebraska power forward Isaac Traudt, another major priority for him and his staff.