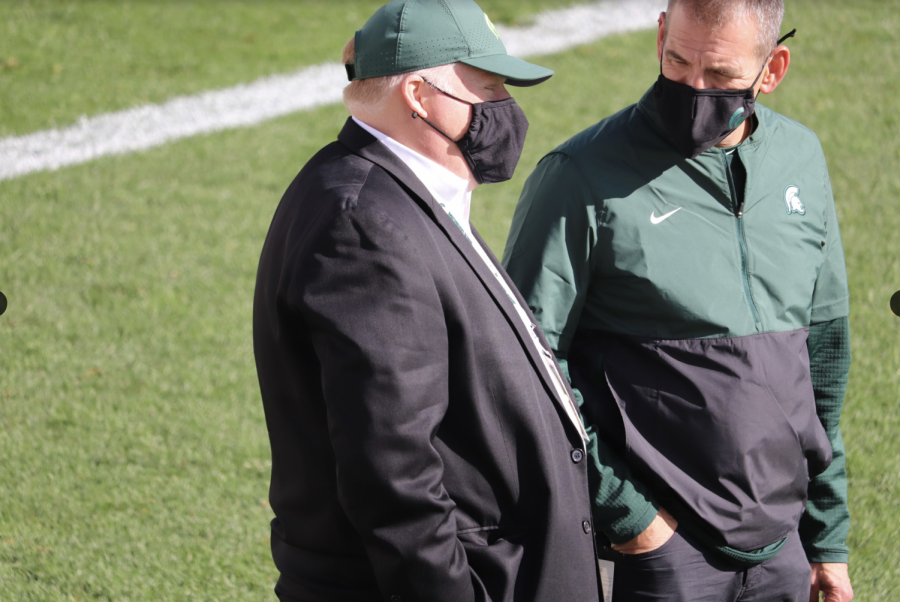 On Thursday, it was announced that current athletic director Bill Beekman will be transitioning to a new role as the vice president for strategic initiatives, a newly created position. He is expected to formally make the transition in the fall once MSU hires his replacement.

“Bill stepped in to help our athletic department during a time of turmoil and change, and we thank him for that,” said MSU President Samuel L. Stanley. “That department is in a better place now and ready to look for long-term leadership to propel us to a new, nationally leading level. With his skills and extensive institutional knowledge, I feel Bill is an ideal fit for this new strategic initiatives role.”

A national search firm has been hired to search for the Spartans’ new athletic director; Beekman was originally appointed to the position in July of 2018 after serving as the interim athletic director since February of that year.

“I have been honored to serve as athletic director at Michigan State, and I thank the Board of Trustees and our administration for this opportunity,” said Beekman. “While we’ve experienced the most challenging 18 months in the history of college athletics, we’ve pushed forward on many fronts, laying the groundwork for the future. Great things are ahead for Michigan State athletics. I’m also excited for this new role in the administrative team as the vice president for strategic initiatives, working with President Stanley to drive our great university forward.”

Beekman, who hired MSU head football coach Mel Tucker in February of 2020, also oversaw the hiring of Jeff Hosler as the newest MSU women’s soccer head coach after the retirement of longtime coach Tom Saxton in June. In addition, he hired Lisa Breznau as the new director of cross country and track and field in May.