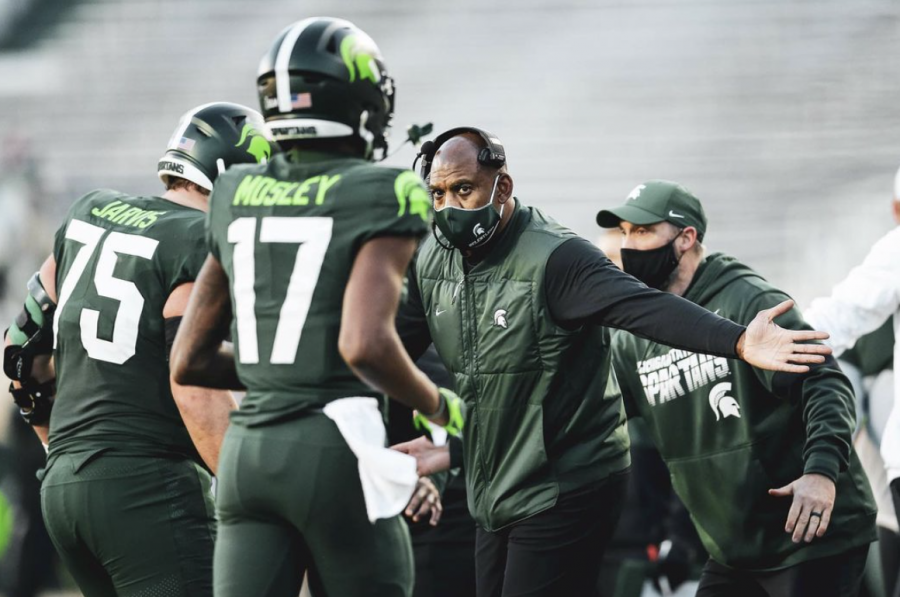 EAST LANSING— From no four stars to two within a week.

He is the younger brother of current Spartan linebacker, and former Michigan Wolverine, Ben VanSumeren. Like his older brother, he was committed to Michigan for over a year before decomitting on Feb. 11, 2021.

During the 2020 football season, VanSumeren helped lead Garber to a 7-2 record and two playoff wins before bowing out to Freeland in the District Finals. The Dukes also clinched a winning record and an MHSAA Division 5 playoff berth in 2019.

Overall, according to 247Sports, VanSumeren is the No. 4 overall recruit in Michigan and the No. 26 overall defensive line prospect in the nation within the 2022 recruiting pool.

Allen Trieu, a national recruiting analyst for 247Sports, describes VanSumeren as a “high-motor player with good twitch and explosiveness at his size who puts a lot of time into his strength and speed training.” He is also categorized by Trieu as a player whose “power, twitch, intensity and approach to the game all make him a safe bet to be an impact player in college.”

VanSumeren is the second in-state four-star recruit to commit to MSU within the past week, following Dearborn Fordson wide receiver Antonio Gates Jr. on July 26. Currently, the Spartans have five Crystal Ball predictions in for fellow four-star offensive Ryan Baer, a native of Eastlake, Ohio. Baer is currently deciding between MSU, Kentucky, Illinois, Pittsburgh and Virginia.

With the addition of VanSumeren, MSU’s 2022 recruiting class is rated as the No. 22 best in the country and the No. 6 best in the Big Ten by 247Sports.