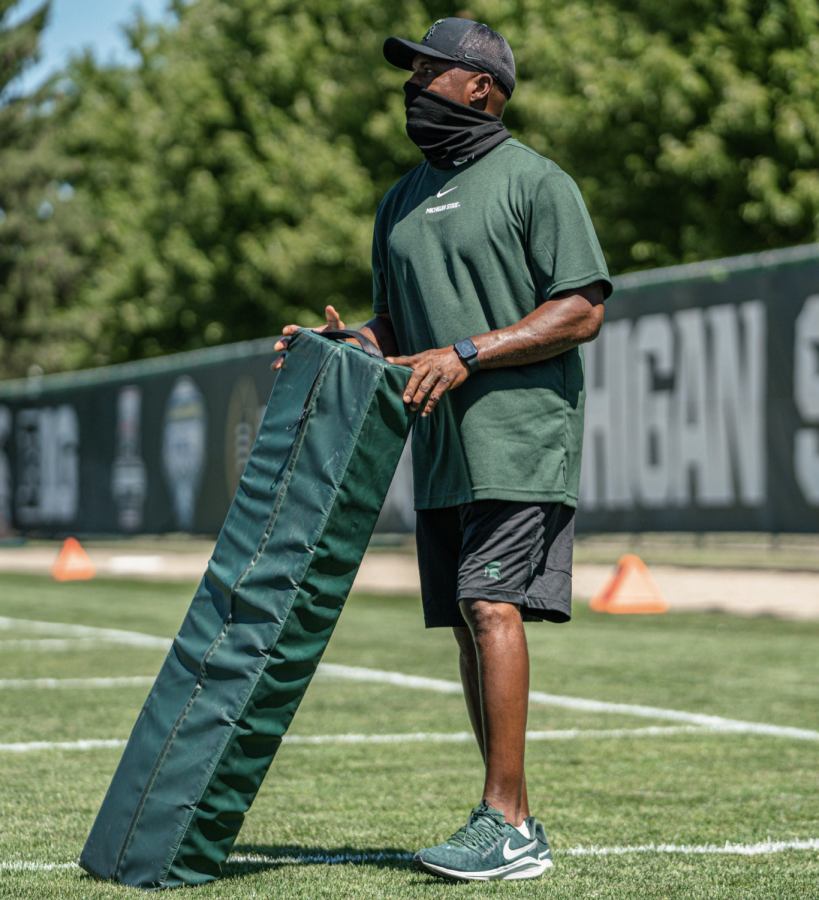 EAST LANSING— Going into Monday, only Michigan State, Illinois, Maryland and Nebraska had failed to land at least one four-star recruit in the 2022 recruiting cycle.

MSU is no longer on that docket.

The 6-foot-1, 185-pound Dearborn Fordson wide receiver, who visited Michigan State over the weekend of June 4, is the son of renowned former NFL tight end Antonio Gates who was also a student at MSU for a brief time. Spartan wide receiver coach Courtney Hawkins, as well as defensive coordinator Scottie Hazelton, were the younger Gates’ primary recruiting contacts.

According to 247Sports, Gates Jr. is the No. 8 overall recruit in Michigan and the No. 45 receiver prospect in the nation. In addition to being offered by MSU, Florida, Tennessee, Penn State and Kentucky, he was also extended an offer by several other notable Power Five schools including Illinois, Iowa State, Arkansas, Maryland, Ole Miss, Vanderbilt, West Virginia, Pittsburgh and Nebraska.

Allen Trieu, a leading recruiting expert for 247Sports, categorizes Gates as a wide receiver who “uses his size and physicality to out-body defenders for 50-50 balls.” In addition, Trieu writes that he is a “good route runner with a fluid change of direction and understanding of how to create separation” who also possesses “strong, natural hands and the ability to catch the ball away from his body.”

With the addition of Gates Jr., the Spartans’ 2022 recruiting class is rated as the No. 27 best in the country and the No. 7 best in the Big Ten, according to 247Sports.