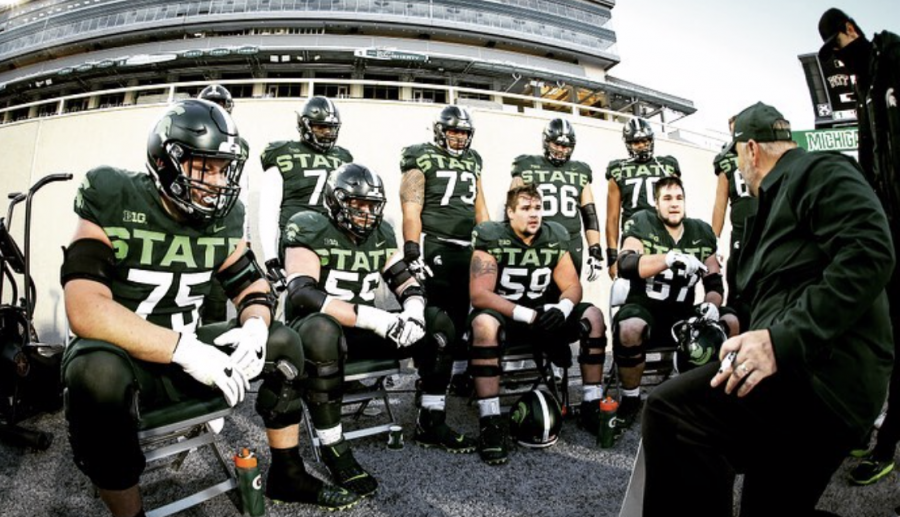 EAST LANSING— As of Wednesday afternoon, more than half of Michigan State’s 2022 football commits are offensive lineman.

According to 247Sports, Miller is the No. 4 overall recruit in Colorado and the No. 79 overall offensive tackle prospect within the 2022 recruiting pool. He currently plays for Eaglecrest High School.

The 6-foot-7, 290-pound Miller is the second offensive tackle commit in the 2022 class after Grand Haven native Ashton Lepo. Offensive guards Gavin Broscious and Kristian Phillips both committed to MSU in November of 2020.

With the addition of Miller, MSU’s 2022 recruiting class is now rated as the No. 26 best in the country and No. 6 in the Big Ten by 247Sports. All seven of MSU’s commits are three-stars.