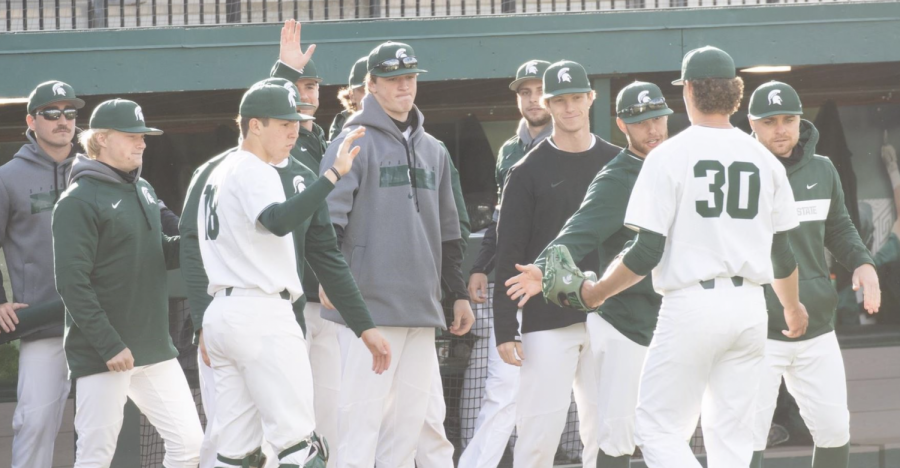 The 2021 college baseball season is nearing an end, and the Michigan State Spartans (17-24) will host the Iowa Hawkeyes (23-18) in a three-game series to conclude the regular season. As the final series of the season, Sunday’s game will be senior day, with seven Spartans graduating from the program.

In the past three series between these schools, Iowa has won two of the series dating back to 2016, while Michigan State won the most recent matchup in 2019.

The Spartans have found a spark as of late, winning five of their previous seven matchups. Meanwhile, the Hawkeyes have lost five of their last seven games, slipping them to fourth in the Big Ten conference standings after contending for one of the top spots in recent weeks.

Additionally, the Hawkeyes lead the Big Ten with 13 team saves, mainly led by redshirt junior Dylan Nedved who leads the conference with 11 saves on the season.

Michigan State senior Bailey Peterson made a return to the lineup last series after sitting out with an injury and proved to add tremendous value by winning co-player of the week for the Big Ten conference, hitting .429 with three home runs in the series, including a huge seven runs batted in performance in Sunday’s game.

Peterson helped energize the Spartans to score 34 total runs in the weekend series, a season high and a boost of encouragement heading into the final series of the season.

Maintaining a presence in the Spartan lineup is sophomore outfielder Zaid Walker, as he hit .500 in the previous series while driving in six runs and scoring five runs. Those performances increased his team lead to 28 runs scored and a .312 average on the season.

On the mound, the Spartans have a solid rotation of guys that have given them over 20 innings pitched on the season. Led by Mason Erla and Sam Benschoter as two of the likely starters, their starts will likely be the last ones of their career in the program.

Friday’s first pitch will be at 6:35 p.m., followed by a 4 p.m. start time on Saturday. Sunday’s senior day game will begin at 1:05 p.m, and the Big Ten season will conclude, as there will be no Big Ten tournament played this season.