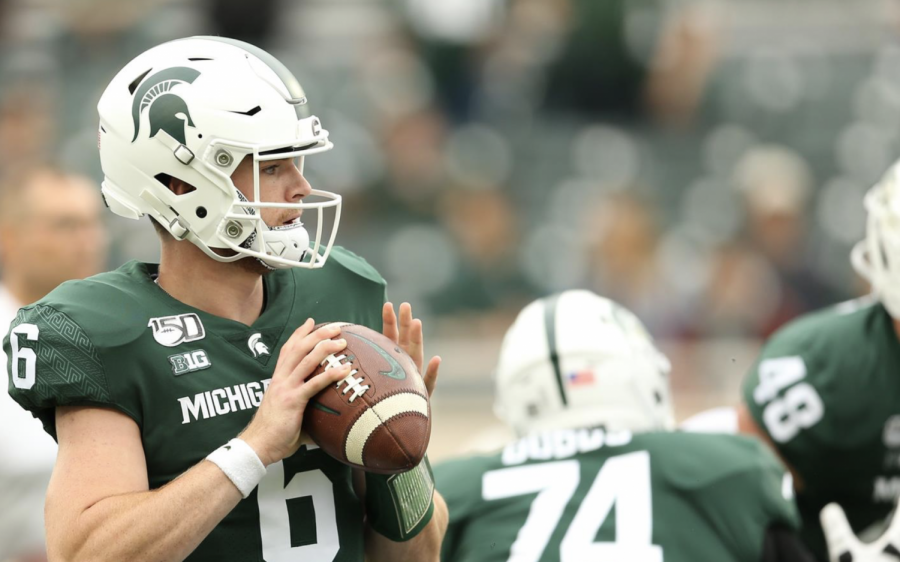 EAST LANSING— As of Monday, Michigan State has one less player in the transfer portal.

Former quarterback Theo Day, a graduate transfer who entered the portal on April 28, announced that he would be transferring to Northern Iowa. He is the 20th overall player to transfer to another school since the conclusion of the 2020 season.

Day, a former three-star recruit out of Dearborn, was rated by 247Sports as the No. 7 overall recruit in Michigan and the No. 17 overall pro-style quarterback prospect within the 2018 recruiting class. He initially committed to MSU on Feb. 26, 2017, over other notable Power Five schools including Georgia, Kentucky, Ole Miss, Boston College and Missouri.

Over his MSU career, Day appeared in two overall games, both in 2019 against Western Michigan and Penn State. Overall, he completed two passes for 12 yards in these two games. With the arrival of quarterback transfer Anthony Russo and the emergence of Payton Thorne, Day was facing an uphill battle for consistent playing time in 2021.